What to known about Mountain gorillas-Rwanda Safari News 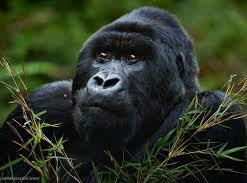 The mountain gorillas also called Gorilla Beringei Beringei, is the world’s most endangered ape species only protected and conserved in the protected areas with afro Montane forests in Volcanoes national park in northwest Rwanda as well as southwest Uganda where one can find parks like Bwindi and Mgahinga and Eastern DRC especially in the Virunga Park. These national parks are increasing attracting different travellers from different parts of the world to undertake Gorrilla safaris to Rwanda and when they reach here they are able to explore other national parks in Uganda and Congo.
The endangered mountain gorillas are the only species from the Ape family that are unique to these forests. Besides the forests being home to the mountain gorillas, they also act as habitat to various wonderful birds’ species as well as other primates and the large mammals plus reptiles, plants, insects, and also these forests are remarkable for continued being water catchment places for various rivers, lakes and medical plant resources for the local communities. Therefore under taking Gorilla trekking safaris to Rwanda will enable one to spend time with the gorillas alongside other interesting animal species inhabited within the afro-montane forests which favor the survival of the rare mountain gorillas.
Historically the rare mountain gorilla were not known and popular to scientists and explorers and by then gorilla trekking safaris where not common in East Africa until 1902, when perfect miracle which was for long awaited to happen to African continent where the German explores who were on the safaris in Rwanda particularly in the Virunga mountains encountered two mountain gorillas face to face and they shot them but one was killed. This helped to set starting point for research when some parts of the gorilla that was killed were taken for further research and afterwards results showed that they were real mountain gorillas surviving in the remote virunga mountains in Rwanda. This acted as starting point of gorilla trekking safaris in Rwanda, Uganda because researchers, scientists started booking safaris to Rwanda with the intension on researching more about gorillas which were nowhere else apart from Rwanda, Uganda and Congo.
Currently beautiful Volcanoes national park in Rwanda is acting as home to almost half of the world’s estimated total number 800 mountain gorillas surviving or left in the whole world, The volcanoes park is blessed with lush different vegetation zones which has favored the survival of the world’s endangered species of the mountain gorillas. Taking time to take safaris and tours to Rwanda a small country surrounded with hills  offer traveler with the opportunity to explore the lifestyle of the mountain gorillas. The rare mountains gorillas move in group or community of like 30 individual members, and the group is led by the strong silver back and the group leader who is the silver back leads the group to daily activities like gathering food as well as nesting in bamboo leaves, among others.
When taking safaris to Rwanda a country full of hills, one should not ignore visiting the wonderful volcanoes national park because it the only protected area in the land of thousand hills where one can enjoy a memorable experience of watching the interesting mountain gorillas protected in this part of the virunga Volcanoes.
Rwanda safaris/Rwanda Safari News
Prime Uganda Safaris and Tours Ltd