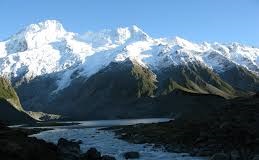 Uganda Safari destinations of Rwenzori Mountains National Park also known as the Mountains of the Moon located in western part of Uganda in district of Kasese along the border of Uganda and Congo. The park was gazzetted in the year 1991 and due to its beautiful and outstanding natural beauty; it was declared a UNESCO World Heritage Site in the early 1994 and also recognized as Ramsar site in 2008.
Rwenzori Mountain National Park covers an area estimated to be 1,000 km2 (386 sq. mi) in size and also the park which is well-known for its wonderful and beautiful plant life includes even the third highest peak in the whole of African Continent and this has acted as pulling factor for various tourists interested in climbing and hiking activities to take safaris in Uganda. The lower slopes of the Rwenzori Mountain are covered with bamboo, moorland, and diverse moist montane forest. And the mountain side is composed of the big tree-heathers as well as the colorful mosses with everlasting flowers and giant lobelias and hence offers an opportunity for tourists to carry out tree species identification and viewing the green vegetation found in different altitudal zones of the park.
The Park protects the largest parts of the sixty-five kilometers wide and one hundred twenty kilometer –long Rwenzori Mount Range and it acts as habitat to almost 70 mammals and 217 bird species including 19 Albertine Rift endemics, hence being of interest to birders and other travellers on Uganda safaris.
Historically the Rwenzori was named “Mountains of The Moon “by geographer Ptolemy around 15AD and the mountain first appeared on the map on 24th /05/1888 after being placed by one of the first explorers Henry Stanley who came across it during his safari tour to Uganda. The explorer decided to name it “Ruwenzori”a traditional name which he noted as “Rain –Maker”.
The highest peak of the mountain which is challenging but providing memorable experience to hikers is called Margherita peak with 5,109m above sea level and it’s recorded that the oldest person to reach to Margherita Peak was identified as Ms. Beryl Park aged 78years in the year 2010. Mountain Rwenzori is a world-class hiking as well as mountaineering destination. For hikers who are experts they roughly take nine- to twelve-days to get to the mountains highest peak Margherita.
The mountain has some of the ancient rocks which were extruded from the nearby plains in the process of the formation of the western arm of the rift valley. These Precambrian rocks have produced soils which are less fertile, with exception of those parts in the northern ridge where volcanic ash from the Fort Portal plateau was deposited.
The Rwenzori Mountains are the homelands of the ancient Baamba and Bakonjo community and therefore it’s the best place for travellers who are on their safaris in Uganda to experience the cultureof these local communities. The ancient Bakonjo community is a Bantu-speaking people who have for long stayed on the Rwenzori Mountains for many decades, and their culture is now used to the steep slopes and climate of Rwenzori.
Uganda safaris/Uganda safari News
Prime Uganda safaris & Tours Ltd