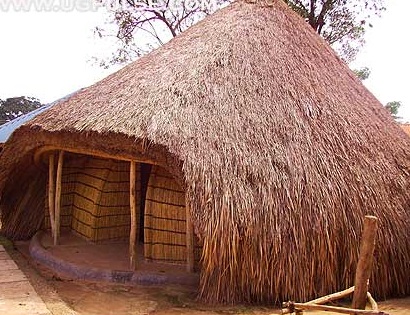 Uganda is not only rich in nature and wildlife,but also has unexploited, enchanting, cultural heritage and Historical sites well distributed in different parts of country. Predominantly, these cultural and prehistorical sites are perfectly situated in towns, kingdoms, chiefdom’s as well as some rural places of Uganda. This makes the whole country to be unique safari destination because each corner of the country has unique attractions to satisfy visitors on Uganda safari tours.
Below are some of the most charming historical sites in Uganda that deserve a visit by all visitors on holiday safaris in Uganda just to have a wonderful view of the past or ancient history of Uganda’s communities as well as cultures. The Uganda safari sites below will give you an opportunity to imagine the diversity of culture in Uganda.
Bulange building is the ancient or traditional seat of the Buganda Parliament. Straddling on the south side of Natete road, it is one of the most fascinating colonial era buildings in Uganda. Visit to this place will expose you to the history of the Kingdom and one can also enjoy the views of the exotic giant tortoises dawdling around the gardens of fascinating blue building.
Described as the biggest or largest man made lake in Africa, Kabaka Mwanga’s Lake is one of the most charming cultural or historical sites situated in the heat of Uganda. The lake that was made in 1888 by Kabaka Mwanga is an elusive wonder that deserves visit by any cultural interested visitor on safari tour to Uganda. The lake acts as natural harbor to different birds and these can be viewed by bird lovers on Uganda safari tour to the lake.
Constructed in traditional or ancient architecture, Kasubi tombs positioned on Kasubi Hill is an outstanding cultural site in Uganda .The round grass-thatched dome has the tombs and power symbols of the Buganda Kings. The site denoted as world heritage site contains a huge traditional reed and bark cloth building of the Kabakas kings of the Buganda people and its most visited by visitors on Uganda safari tour.
Namugongo Martyrs’ Shrine is a significant religious as well as historical site nearly connected to Buganda kingdom. This is fascinating site where 22 Christian converts were mercilessly killed on the orders of Kabaka Mwanga II in the year 1886. The site is must visit to all religious as well as cultural tourists on safari tour in Uganda.
The Uganda National Museum located out of the town center on the Kira Road is the only national Museum displaying cultural of items from archaeological sites from around the country, it has a collection of musical instruments including many drums and a large and fantastic canoe. It’s also perfect place to enjoy the cultural performances in Kampala-Uganda’s capital city.
Katereke prison is yet another non ordinary cultural site in Uganda. It’s an extensive prison ditch at Katereke characterized Buganda during the late 1880s. It was established by the late Ssekabaka Kalema who was an Islamic sympathizer.
In addition to the above is Sseziwa falls. These falls lie 35km east of Kampala in the Vanilla growing district of Mukono district. The splendid waterfalls are believed to have been born by humans many hundred years ago. The worthwhile falls are one of the most spiritual and cultural centers where many natives flock for blessings, fortunes and wealth, A traditional healer performs traditional ceremonies for both local and non-locals seeking for blessings inform of love, a successful business deal, children or a good harvest.
Uganda Safaris/Uganda Safari News
wildgorillasafaris & tours ltd