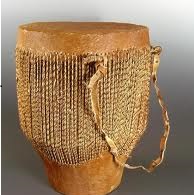 The Kooki Chiefdom found in Uganda has introduced a new tourist attraction to the tourists who want to have safaris in Uganda. The chiefdom has launched the first and new museum in kooki and this will be visited by many tourists while on their Uganda safaris because it has very many historical attractions that tourists would like to see and know about Uganda. This has been named Kooki Cultural Museum.

The museum has very many things like the first letter that was written to the Queen of England to invite the British in Uganda by Kabaka Muteesa, spears, cowry shells, clay, backcloth, smoking pipes and so many others that tourists must not miss out seeing while on their Uganda safari. Tourists on their safaris in Uganda will also have the chance to see the culture of Kooki Chiefdom as they visit this museum therefore discovering many things on their Uganda safaris tour.

Kooki chiefdom needs to develop many of its unexploited attractions so as to develop them and make them a must visit places hence attract more Uganda safaris. This will therefore contribute a lot to the development of the tourism sector through the revenues that will be earned from the attractions. This will therefore make Uganda a tourist destination hence more safaris to Uganda.