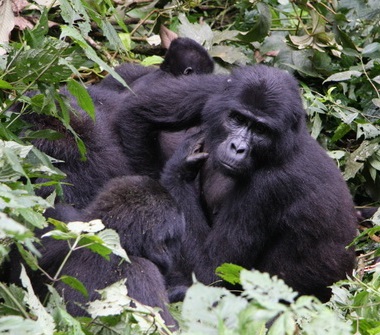 Uganda is one of the prime safari destinations in Africa with a lot of tourism potential vested in her natural and cultural heritage attractions. Stretching from the critically endangered mountain gorillas that have formed the ground for gorilla trekking in Uganda, enormous numbers of habituated Chimpanzees that have formed the ground for Chimpanzee trekking and a range of wildlife like unique tree climbing lions of Ishasha – Queen Elizabeth game park. The 65 tribes with different traditional practices and setting form a rich background for cultural tourism including the Kasubi tombs which is a world heritage site.

Uganda has identified the tourism sector as one of the priority sectors with potential to transform the economy to middle income status and help people get out of income poverty considering its trickledown effect. Tourism in return has not disappointed its funs as it has turned out to be the leading chief export in the year 2013/2014 resulting from increase in the number of Uganda safari undertakers.
However, since human needs are insatiable and complacency is never good to cherish, the tourism planners and developers are devising the means of further increasing the returns from tourism to $2 billion in the next few years as stipulated in the newly launched tourism master plan. The plan also forecasts creation of other 150,000 tourism jobs by 2024 and the total expenditure of leisure Uganda safari undertakers on average are projected at $1,200 per capita while for Business tourists, it is projected at $900 without travel tickets.

The additional 11% to exports would be generated from extra 100,000 leisure travellers while persuading a tourist to spend an additional night while on safari in Uganda would increase the exports by 7% and an annual growth in conference and leisure tourists would bring extra $220 million per year.
The marketing and competitiveness of Uganda as a destination is a key to this projection while the coordination and commitment of all stake holders are pivot in realization of this and increase in the number of those that plan safari to Uganda including the lucrative gorilla safaris.