Bwindi Impenetrable National Park covers an area of 327km2 and a home to diverse rain forest species which are homes to the endangered mountain gorillas. Bwindi national Park is the only National park where Chimpanzees and gorillas co-exist.

Mountain gorillas are found in Uganda, Rwanda and Congo. The gorillas habituated the rain forest of east and central Africa.

Gorilla tracking starts at 8:30am with a briefing at the park headquarters and at 9 is when the real exercise begins.

Tracking in Uganda is best between June to August and December to February. This is the period when the trails are relatively dry and thus makes tracking gorillas easy.

You can also track gorillas from June to September. This season is the peak season for tracking gorillas.

HOW GORILLA PERMITS ARE ALLOCATED 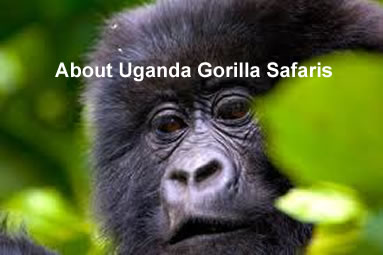 Rushegura Group of gorillas are said to be the easier gorilla group to track simply because their territory is in Buhoma the starting point of gorilla tracking. Gorilla tracking safaris at Buhoma enriches tourists experience while tracking the Rushegura group of gorillas. This gorilla group was habituated in 2000 and later opened in 2002 for tourism. The group is a section from the Habinyanja group who divided because of conflict within the group. It comprise of 19 members including 1 silverback. This gorilla group is very active within Buhoma and covers a broad territory and sometime crossing to the local village of Batwa. Sometimes they move to UWA park-office, Bwindi waterfall and even Buhoma camp

Bwindi can be access by road from various directions.

Form Kampala to Buhoma is the fastest and direct route to Bwindi National Park. This route passes through Ntungamo-Rukungiri-Kihihi-Buhoma and takes 472km.

Other route from Kampala can be through Kabale-Kanungu-Buhoma and takes about 11 hours dive and a distance of 535km.

Taking a public transport needs when you know which section of Bwindi are you going to. Bwindi National Park has two sections (northern section and southern section)

From the southern section, you will take a bus that will pass via Mbarara, Kabale and Kisoro town.

From the North, you will take a bus that will pass through Mbarara, Ntungamo, Rukungiri, Kihihi and the Border town of Butogota. The bus leaves form Kampala at around 6:00am and arrives at 6:00pm and From Buhoma at 5:00am to Kampala

Remember that these transport means will not take you direct to the Park. So you should Budget for a Motor cyclist Boda that will take you to the Park head quarter. You should also check with your lodge if they can provide you with transport.