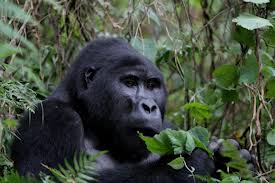 Uganda is one of the countries in Africa which is blessed with abundance of natural resources, wildlife, and vegetation with wonderful landscape which is increasing safaris to Uganda. These attractions however were being destroyed by the local people for their survival and thus a threat to tourism industry

Uganda is a small country with very poor people who depends on the natural resources to make ends meet and precisely explaining human encroachment on the protected areas and poaching of animals. This has threatens the life of the natural attractions and tourism industry as a whole and therefore need to be addressed so as not to decrease safaris in Uganda.

The good news is that, the parliament of Uganda under the Ministry of Gender has at least given funds to 20,000 youths who were jobless. This programme is under the government’s anti-poverty programme which seeks to reduce youth unemployment across the country and thus reducing on humans’ dependency on natural resources and therefore increasing safari visits.

According to the ministry of gender permanent secretary, Mr. Pius Bigirimana, the total amount spend so far is above Shs 5.4billion financing at least 785 projects with a total of 10,331 youth. The beneficiaries were released in 27 districts under the first phase of the project cycle.

Shs. 53 billion was allocated to cover more than 40,000 jobless youth groups under the Youth Livelihood programme under a five-year poverty project and by the end of the year, they expect the project to have covered the all of the 112 districts in Uganda.