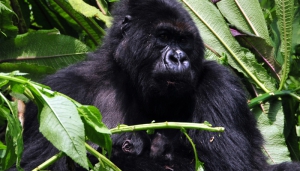 Rwanda as a country has been considered as a tourist destination and this has attracted many tourists to have come for safaris to Rwanda which has helped in increasing the revenue of the country. This is because Tourism is considered to be the most revenue earner of Rwanda.Rwanda poses Volcanoes National Park which harbours many mountain gorillas which have attracted many gorilla trekking safaris to Rwanda. This is because these primates have got unique characteristics which have are enjoyed by the tourists who come to Rwanda.Rwanda has got the Kigali International Airport which is favouring the movement of tourists from one destination to another. This Airport has greatly helped in bring in and out the tourists who come for safaris to Uganda.The culture of Rwanda is unique and is liked by many visitors who come for safaris in Rwanda; these enjoy the way of life of the Rwanda people and how they used to live in the past. They have got many craft making shops which they use to promote their cultural items to the outside world.The Akagera National Park is also a good opportunity for Rwanda since it has got many animals which attract many tourists who come for Rwanda safaris. It also has a lot of tree species and the vegetation which make Rwanda a nature country.The tourism opportunities in Rwanda have greatly helped to develop the tourism sector which has also helped in encouraging the growth of the country.