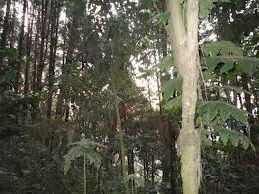 Tourism in Rwanda has got many opportunities of growing and there is a growing number of tourists who have visited Rwanda. These mainly visit the national parks of Rwanda since they have got variety of wildlife. Tourism was affected by the genocide which took place in Rwanda and this reduced the number of tourists who used to come for safaris to Rwanda.

Apart from the genocide, the mountain gorillas in Virunga Mountains were also threatened by the conversion of the habitants to the agricultural use and also the extraction of the resources for other animals. Other animals also suffer from illegal hunting and trafficking by the local people, this also affects the mountain gorillas which have mainly attracted the large numbers of tourists who come for gorilla trekking safaris.

The government of Rwanda has put in a lot of efforts in developing the tourism sector; the private sector has also put in a lot  which has helped in improving the tourism sector as well. This has helped in increasing the number of people who come for safari tours to Rwanda. The government has drafted a tourism strategy which will help in increasing the number of tour visits.