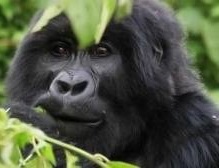 Tourism in Rwanda has been growing at a high rate and it’s expected to help in reducing poverty with in the country. Rwanda has passed through hard times and this means that it’s an honour for its fast growing tourism sector since it has helped in contributing high revenues to the country and also increasing the number of safaris to Rwanda.

Tourism has contributed high exchange earnings to the country which has brought about economic growth to the country. There has been improvement in the construction of hotels, roads and many other infrastructural developments. This has greatly attracted more tourists to safari Rwanda hence improving the tourism sector.

The tourism sector has greatly been boosted due to the many mountain gorillas which are found with in volcanoes national park. These have greatly attracted many tourists to Rwanda who have mainly come to enjoy mountain gorilla tracking safaris. This has helped in increasing the revenues of the country and also developing the tourism industry.

The government has however helped in financing tourism projects so that poverty can be reduced with in the country since tourism has greatly employed many people with in the country. Many local people have gained from tourism growth through making crafts which they sell to the tourists who come for safaris to Rwanda.