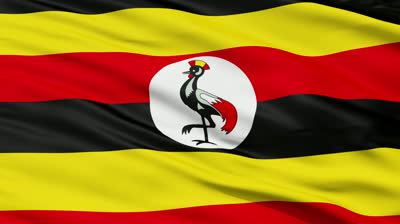 The National Flag has amazing colors that show Uganda as a pearl of Africa therefore attracting tourists to come for Uganda safari to really see what the pearl of Africa has got. The colors include black which means Africans are black, yellow which shows sunshine and red the color of Africa blood meaning brotherhood. These really surprise tourists hence a must for them to safari Uganda.

The Uganda flag has six horizontal lines with black at the top,yellow and lastly red. The Flag also has the grey crowned crane in the white disc. This is mentioned as the Balearic crested crane which tourists get to view mostly on the flag while on their safaris in Uganda. The crested crane was used on the military badges during the British Rule and it is known for its gentle nature therefore a national symbol of Uganda attracting more Uganda safaris.