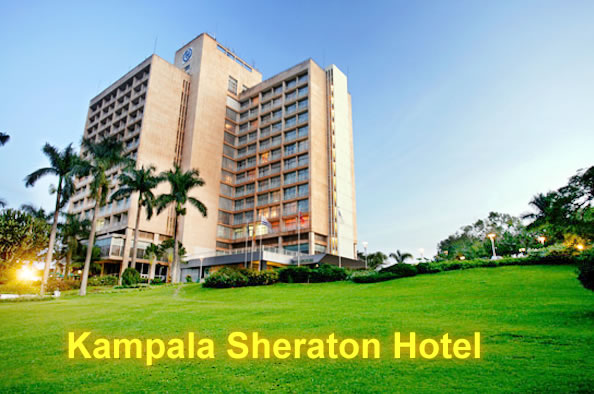 Kampala Sheraton Hotel is found in Kampala the Capital City of Uganda and it lies on the south western slopes of Nakasero Hill. The hotel was built in 1967 and named Apollo Hotel the name of the ruling Prime Minister by then that was Apollo Milton Obote and after he was over thrown Idi Amin took over in 1971 and renamed the hotel Kampala International Hotel.

After he was overthrown, the hotel was retained its name Apollo Hotel. In 1986 the National Resistance Army that is NRM came to power and this liberalized the Economy leaving the hotel out of the hands of the government. Investors were then given permission from the Sheraton Hotels and Resorts to use the name Sheraton and this is where the hotel derived its name. From then the hotel was renovated and now providing good facilities to tourists while on their Uganda safaris.