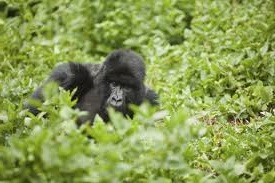 Rwanda’s government has greatly come up with many projects which are focused at improving the roads and the hotels with in the country. The roads have been fully renovated and new ones have been built so as to help in the movement of the tourists who come for safari visits with in the country. The hotel standards have also been improved since most of them have been rated which has improved the tourism sector.

The mountain gorillas which are considered to be the highest foreign exchange earners have greatly attracted many gorilla trekking safaris to Rwanda. These have been conserved and preserved with in volcanoes national park which is harbouring over 300 mountain gorillas. The board which is responsible for the development of tourism in Rwanda has worked had in improving the tourism sector.

The government has partnered with many international organizations which have financed many tourism projects with in the country. These have provided many conservation and preservation skills to all park managers which have helped in increasing the number of tourists who come for gorilla safaris to Rwanda.