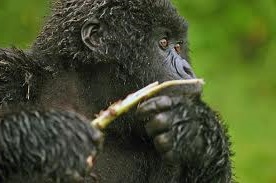 The permits of viewing these mountain gorillas cost $750 and these can be got through making bookings with the Rwanda Tourism Development Board. The mountain gorillas are trekked in volcanoes national park which has also got many other animals which include; the monkeys, snakes, elephants and many more which can be enjoyed by the tourists who come for gorilla tracking safaris to Rwanda.

The government of Rwanda has greatly worked with Rwanda Tourism Development Board in the encouragement of conservation and preservation of these mountain gorillas and also this will help in increasing the number of mountain gorillas with in the country hence increasing gorilla trekking safaris.

The main threats to volcanoes national park is illegal poaching ,habitant destruction and diseases which come with the increase of people living around the national park. However, this has been reduced through encouraging the local people to live far away from the national to avoid disturbance with the endangered species. This has greatly helped in increasing the number of tourists who come for gorilla tours to Rwanda.