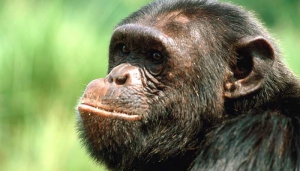 Chimpanzees are considered to be the largest primates in the wild and they are mostly found in Kibale National park, which is located in the western part of Uganda, these are mostly visited by the visitors who come for chimpanzee tracking safaris in Uganda.

Therefore many projects which have been put up to make sure that the chimpanzees are protected and conserved so that the number of chimpanzee safaris can be improved in Uganda. These projects however have helped the in preventing the threats to chimpanzees which has helped in the development of Tourism in the country.

Chimpanzees are also found in Budongo forest were they are usually visited by the tourists who are interested in chimpanzee tracking safaris, this forest is helping in the safe guarding of the many lives of wild chimpanzees in Uganda.

The hunters are however warned from laying snares in order to catch wild game especially the chimpanzees, this is because these primates have helped in increasing safaris and at the same time have helped in generating high revenues for the country.

Chimpanzees can also be best found in Kyambura gorge in Queen Elizabeth National Park which is park with plenty of wildlife and water bodies which have encouraged boat cruises with in the park. The chimpanzees have greatly attracted many visitors who have come to Uganda for safari visits.