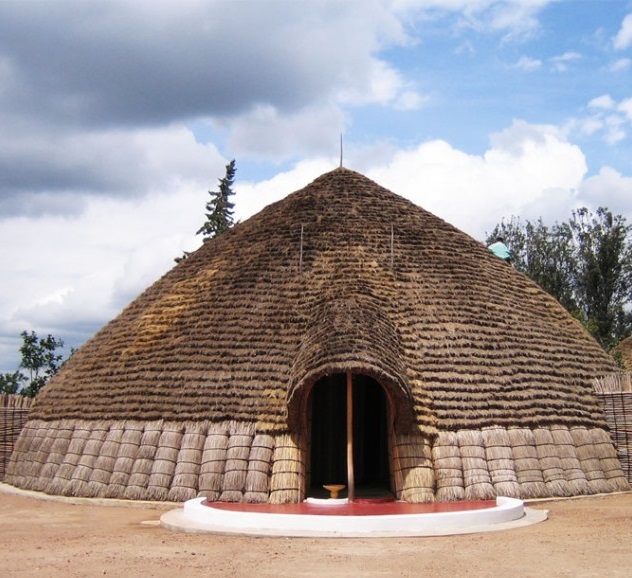 Rwanda is a great destination which is not only worldly known for her gorilla safaris but also great heritage that forms the ground for cultural tours in Rwanda. In this regard, one would not mention Rwanda’s cultural tourism without mentioning the Nyanza cultural hub.
Positioned in the south of Rwanda en route to the chimpanzee trekking destination of Nyungwe Forest National Park, Nyanza is an ancient place that is far from the ordinary Rwanda safari destinations. Initially known as Nyabisindu, Nyanza once held the capital of the Kingdom of Rwanda around the 19th Century. King Musinga Yuhi V settled in various places including Kamonyi, Gitwiko, Bweramvura, Mwima and eventually Nyanza.
Nyanza of Butare as many would put it was known to have an influence in the aspects of culture, politics, tourism and economics. Apparently, the area still holds the two great museums namely; the Kings palace at Rukali and the Rwesero national Art gallery which pulls travellers to visit the area while on safari tours in Rwanda.
In 1889, under King Musinga V Yuhi reign, Nyanza positioned its self as the royal capital of the Rwanda and it became a center of artistic and intellectual activities including economic transactions. At the moment, the replica of the royal traditional palace stands at Rukari and is decently crafted in its respective traditional materials and architecture resembling its 19th Century image and now is kept as a museum that is visited on Rwanda safaris.
King Mutara III Rudahigwa succeeded his father and reigned from 1932-59 and after his demise, his Queen named Queen Gicanda thrived with in the palace until 1964 when she was forced to vacate the palace. The palace was restored to its traditional setting in 2006 and a range of equipment including those that were used by the family of King Mutara III, Rudahigwa and his everyday life during his reign. The adjacent Mwima hill, there rests the bodies of King Rudahigwa Mutara III and his wife Queen Rosalie Gicanda who lost her life in the 1994 Rwandan genocide and it can also be visited on a safari holiday in Rwanda. The national Art gallery at Rwesero demonstrates great deal of Rwanda’s creativity and drawing inspiration that dates back to the ancient times. All this makes the Nyanza of Butare a great destination that should never be missed while on the safaris in Rwanda.
Rwanda safaris/Rwanda safari News
Prime Uganda safaris & Tours Ltd safari News.