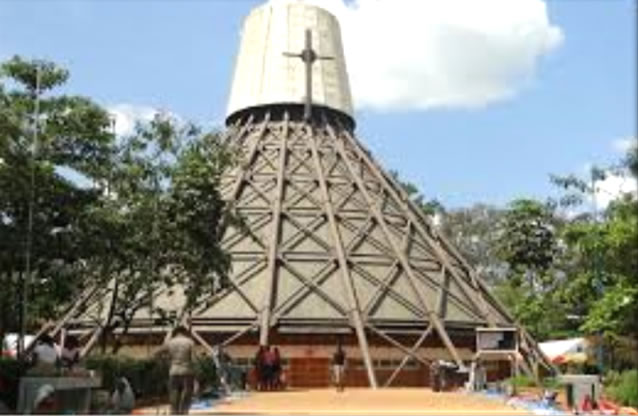 The Namugongo Uganda Martyrs Shrine is an important place especially to the Christians believers usually the Catholics and Anglicans in Africa. The shrine is found in Namugongo and it is where 32 young Christian converts were murdered after refusing to bow for the Kabaka (King) saying God is the King of Kings.

Christianity had widely spread in Uganda and some people were no longer respecting the King. Kabaka Mwanga was therefore angry with these people and he order for the killing of 32 Anglican and Catholic believers who were therefore killed in Namugongo on Thursday the 3rd of June 1886.

The Uganda martyrs that were killed are always remembered every year on the 3rd of June as many Christians from different corners of the world assemble to the Namugongo shrines to honor the martyrs. These include the church leaders, head of state, students of catholic and Anglican schools and all believers.

Few days remaining to the day, people from different directions walk to the shrine carrying crosses as they get ready for the glamorous day to remember the Uganda Martyrs. Different events are carried out this day including prayers, baptism, playing games and eats plus drinks.