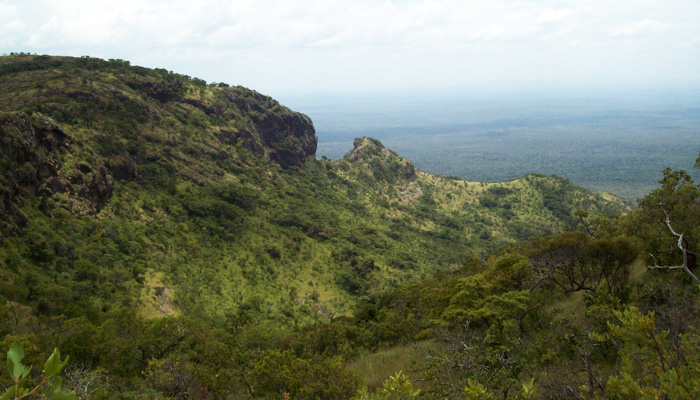 This is the most accessible place to see some of the dry northeastern “peculiar “.  It is located in the Karamoja province and it lies in the extreme eastern corner of Uganda. Some chain of volcanoes along the Kenyan border that begins with Mount Elgon in south and includes Mountains Kadama and Morungole, Moroto is a forest reserve protecting a range of habitats from arid thorn savanna to dry montane forest. Although a long hike is required to reach the higher areas, excellent arid thorn savanna and rocky slopes are accessible from the town at the foot of the mountain.

Bird watching
Sites for Uganda’s only endemic bird plus Fox’s Weaver are Lake Bisina and Lake Opeta. They do  also from an eastern extension of Kyoga system. The lakes can be covered en route from Mount Elgon to Moroto or visited for a day from a base in Mbale or Soroti, although no facilities are present.

The more accessible Lake Bisina of the two and is easily reached on a good dirt road that branches north off the main Mbale-Soroti road at Kapiri, 20km southeast of Soroti. Proceed along this road to the lake edge and arrange with a local fisherman to take you across to the northwestern corner where a colony of Fox’s Weavers nests in the waterside vegetation. Numbers peak in March and April but there are at least a few present year-round. Quiet areas of water lilies support African Pygmy Goose and Lesser Jacana and Shoebill is fairly frequently seen at the edge of the extensive papyrus.

Dense thorn savanna near the T-junction with the Mbale road 11 km from town supports Mouse-colored Penduline Tit, Pygmy Batis, Brubru and Eastern Vilet-backed Sunbird White-bellied Go-away Bird, Jackson’s Hornbill, Fawn-colored Lark, African Grey Flycatcher, the handsome Silver bird , Yellow-bellied Eremomela. For about 5 km you drive south from the junction, watching for Yellow-necked Spur fowl, Crested Bustard and the smart Black-headed Plover Dark Chanting Goshawk at the roadside. The Plovers and Temminck’s Courser may also be seen on the airstrip closer to town. Pairs of D’Arnaud’s Barbet are frequently seen engaged in their bizarre tail-wagging duets. Listen for the distinctive sound of Pebbles being struck together that may reveal the presence of the Grey Wren Warbler..

Diversity other wildlife
Some wildlife is not plentiful in the Moroto area like the spectacular Golden Cat, Potos and Monkey.

Diversity access
Mount Moroto can be reached from Mbale either via Soroti (90 km tarmarc, or 170 km 2 WD dirt, drive time required 6 hours) or via the direct eastern route ( 230 km. 2 WD dirt, drive time required 7 hours ). There is good birding along both routes. In order to reach the Seminary from Moroto, turn right at the first roundabout in town and continue around the base of the mountain for 7.5 km.

Pink-breasted Lark favours the arid Acacia savanna in this area. Hartlaub’s Bustard has been described as “common on the Bokora Plains” and Red-fronted Warbler, a scarce species in Uganda, is known from arid scrub at the roadside between Kangole and Iriri villages ( 30 -65km from Moroto ). Eastern direct route from Mbale to Moroto is an excellent birding road although the journey takes longer than via Soroti.

The distance between Nakapiripit and Moroto is specifally good with  Jackson’s Hornbill ,Pygmy Falcon, and White- headed Buffalo Weaver common at the roadside although a fair selection of dry country ” specials” may be found a mere 25km north of the Kapchorwa turnoff.

Accommodation and meals
Although there are two more basic yet clean hotels on the main road, Moroto Hotel at the edge of town has double rooms for $ 30 person, Restaurants serve local foods and basic provisions are available from numerous stores.