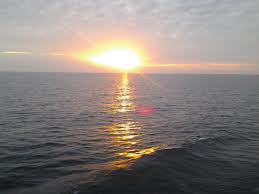 Lake Victoria is the Africa’s largest lake and the second largest fresh water lake in the world. The lake covers an area of 68,800sq km. The lake is known by various names according to the tribes in Uganda.  In Luganda, it is known as Nalubaale, in Luo-nam Lolwe and in Bantu-Victoria Nyanza. This lake has attracted a lot of explorers like john Hanning Speke, Richard Francis Burton and others.

Lake Victoria was named after the queen of England by John Hanning Speke in 1858. Speke adventure in Uganda safaris made him to discover this great lake.  This lake covers three countries in East Africa that is Kenya, Tanzania and Uganda. This lake is the main source of the Nile which flows through several countries towards to Red sea.

The lake is known for abundance of fish species. It accommodates about 270 endemic fish species like Nile perch, lung fish among others. The present of these fish species is encouraging fishing activity

The lake is also known for the abundance of bird species which are usually seen at the shore. This include among others Blue swallow, Papyrus Gonolek, among others which is an important birding site for tourists thus enriching their experience leading to increase in safaris to Uganda.

The areas also have plenty of beautiful accommodations to facilitate tourists stay at the destination which enriches their Uganda safaris.