Kigali city; a destination of its own – Rwanda safari news 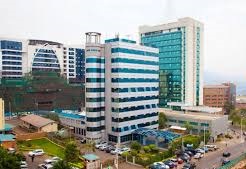 Positioned amidst the land of a thousand hills as     it has been dubbed, the Rwanda’s capital city of Kigali is credited internationally for the aspects of cleanliness, hospitality and orderliness prompting a range of world travellers to plan safaris to Rwanda.
Regarding tourism, a traveler on Rwanda safari would wonder what he might spare his extra time encountering in Kigali city. The Kigali city has got a range tourist attractions and activities that visitors on Rwanda safaris can encounter.
The Kigali genocide Museum also known as Gisozi genocide museum presents the tragic genocide that befell Rwanda in 1994 where over 800, 000 Tutsis and moderate Hutus were killed in a cold blood. The Kigali memorial has 259,000 of the victims and it acts a center of reflection about the dangers on ethnic violence.
Kigali city also contains the Camp Kigali Belgian Monument where the 10 Belgian UN Blue Beret were massacred at the onset of Rwandan genocide under the command of General Dallaire. The troops were deployed to protect the Prime minister’s House Agatha Uwilingimana before they were disarmed by the Presidential Guard Soldiers and taken to Camp Kigali where they were killed. Thus, the 10 stone pillars in remembrance of the soldiers can be visited while on a safari to Rwanda.
The Natural History Museum also known as the Kandt House is also a place to visit while on a safari in Rwanda. This features a range of artifacts related to environment. Dr. Richard Kandt was a German explorer who made a lot of discoveries in Rwanda and is credited for forming the ground for Kigali city in 1908. He arrived in Rwanda in 1897 in the quest for the source of the Nile. His residence was tuned into a museum in 2008 and has vast information about geology, fauna, flora and biological history. Most interesting is a stiffed skeleton of a giant crocodile that had terrorized the locals around Lake Muhaze and a pair of shoes was found in its stomach.
The Presidential Palace which was the residence of the former President of Rwanda at the time of genocide also worth exploring. Juvenal Habyarimana lost his life on 6th April 1994 in the FALCON 60 presidential jet an incident that sparked of the bloody genocide. His palace and the clashes of the plane are worth encountering while on your Rwanda safaris and tours.
The Nyamirambo walking encounter exposes you to the multi-cultural commercial district. It’s interestingly conducted by the Nyamirambo Women’s Center and takes you through the local market, hair salons, tailors, recording studio featuring local rap music and not forgetting the Muslim quarters with Arab concentration.
Other encounters include; the Bwiza village visit where you experience the government’s new housing plans in the area and impressive crafts and arts. There are also a range of Art Centers including; Gahaya Links, Inema Contemporary Art Centre, Caplaki Craft Village, Uburanga Contemporary Art Centre, Tongo Art Gallery, Rwanda Nziza, Ikaze Showroom, Yego Arts, Umutako Iwacu, Ineza Womens Cooperatives and Angaza Accessories
Kigali city is also famously known for sports like the annual Kigali Marathon, recreation including the impressive Nyarutarama golf course.
Rwanda safaris/Rwanda safari News
Prime Uganda safaris & Tours Ltd