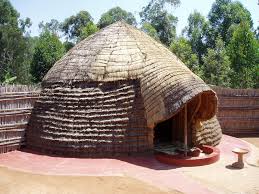 The National Museum was initiated in 1989 and it is found in Huye or Butare. The National Museum is the best source of information on the historical cultures of Rwanda and thus an important place for tourists  on their Safari visits to Rwanda.

This is the place where the queen Dowager Rosalie Gicanda and several others during the genocide were killed thus an important place for the country and tourists while on Rwanda Safaris. The Museum contains displays of traditional artifacts and century Photographs providing the stages of Rwanda genocide. Tourists on Rwanda safari can visit the National Museum to understand more about Rwanda culture.

Nyanza royal place under the ruler of king Yuhi V Musinga in the year 1899 became the capital of the Rwanda and the court became the intellectual and Artistic activities, and also a place for economic exchange. This place found in Rukari has an impressive huge domed structure which entirely made of Traditional materials which attracts a lot of tourists to safari Rwanda. The 19th century Palace has been restored and now turned into a Museum for tourist attraction.

This museum is located in between the Museum of Rwanda Ancient History and the Nyanza Royal Palace. The museum shows modern work of art which states to the originality of creativity in Rwanda, while not overlooking both National and traditional history. Tourists on Rwanda Safaris can have the opportunity to visit the beautiful artwork in the museum. This museum was originally constructed for King Matara III Rudahingwa as his place but he did before the he could occupy it.