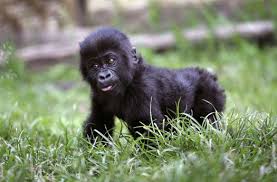 The Rwanda annual event which is mainly known for naming of the mountain gorillas was recently awarded by United Nations. This will help in increasing the number of tourists who come for gorilla trekking safaris to Rwanda. This ceremony so far has got three prizes by the United Nations and this mainly helped in marketing Rwanda to the outside world.

This ceremony took place in Madrid  Spain and Rwanda’s mountain gorilla were recognised as the greatest tourist attraction for the country, these unique primates are found in volcanoes national park, and have attracted many travellers who have come to celebrate the ceremony of their naming. Rwanda was also recognised for the encouragement of the conservation and preservation of the mountain gorillas with in the country.

The ceremony was launched in year 2005 and this that day, 173 mountain gorillas have been named and this ceremony has been attended by the many people who have enjoyed gorilla tracking tours with in Rwanda. These awards from United Nations are given for the initiatives which contribute to advanced tourism development with in the country.