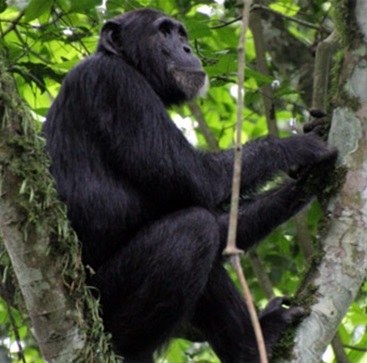 The national parks in Rwanda are the most well-known tourist attractions that pull most of the world travellers to take safaris and tours to Rwanda. The most popular national park in Rwanda is Nyungwe National Park and the park holds a variety of primate species including Chimpanzees , black and white colobus monkeys  etc.
Nyungwe Forest National Park is positioned in the south west of Rwanda and it was gazzetted as a national park in the year 2004. It is located at an estimated distance of 225 km from the main capital city of Rwanda and also from the coastal town of Cyangugu 50km in the south western direction and from Butare side its located 90km. Tus can be accessed from different corners by travellers on a safari in Rwanda.
Nyungwe forest national park is one of the largest remaining high-altitude rainforests in Africa and its situated at an altitude of between 1600 to 2950 meters and the area where the park is located is said to be receiving an a very rain pour of 1800to 2500mm each and every year. The is habitant to numerous world’s large species of colobus monkeys.
The most interesting thing about the park is that it’s a home to various varieties of wildlife species such as the striped jackals, African civets, golden cat as well as serval cat, Olive Baboons and marsh mongoose. Therefore taking Rwanda safari tour especially the Nyungwe Forest National Park will offer the visit he favorable chance to watch the various wild life found in the park.
Rwanda safaris and Tours also organize packages for travellers to watch the various bird species found in the park. The park is very a favorable destination where one can view different unique species of birds because the park its self is occupied by an estimated total of 275 species of birds and some of these birds include the rare regal sunbirds and blue headed sunbird, the red throated alethe as well as the Ruwenzori Turaco.
Besides animal viewing, bird watching, the park also has diversity of tourist activities which make the tourists to have memorable experience while on his or her safari and tour to Rwanda. The other activities include mountain climbing which can be done at Bigugu Mountain which is located at an estimated height of 2952 meter and also visitor can enjoy activities such as photography as well as plant identification because the park is blessed with 1100 species of the rare giant lobelias plant species, orchids which usually group in areas of high altitude.
Rwanda Safaris /Rwanda Safari News
Prime Uganda Safaris and Tours Ltd