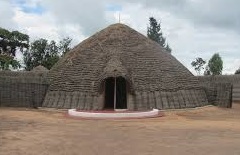 Rwanda the land of a thousand hills as it is always popularly referred by a range of people including Rwanda safari undertakers has got counts of museums that act as custodians of national heritage dating back to the ancient times up to the contemporary times.
The Institute of National Museums of Rwanda noted that from the 1st of April 2015, the museums of Rwanda will review their entry fees increasing a little so as to enable them rise enough finances and improve on service delivery. The amount will remain Rwf1,000 for the Rwandans but for the citizens of East African Community and Economic Community of the Great Lake Countries will be increased to Rwf3,000 for mature entrants.
Besides the changes in the entry fees to these sites that are always visited on Rwanda safaris and tours, new packages have been introduced for example 20 Rwandese will pay Rwf300 per person while the citizens of the EAC and CEPGL in the same range will pay Rwf500 per person. For the non-resident group travelers on safari in Rwanda will pay Rwf2000. This information has been released by the Institute of National Museums of Rwanda.
The respective Authorities including the Director General of the Museums noted that changes in the entrance fees were motivated by the new products’ introduction in most of the museums. The new objects, exhibitions and images require enough money to maintain them. For instance at the Ethnographic Museum in Huye the former Butare in the south of Rwanda, one including a traveler on Rwanda safari tour is able to view the per-colonial evolution technology which is a great aspect in the history of Rwanda. At this very site, it is where one can encounter 100 types of spears which used to exist in Rwanda which is a great historical feature that can even attract world travelers to plan safaris to Rwanda. Another museum known as the Natural History Museum in Kigali Rwanda which is also known as Kandt House apparently showcases a range of snake species that thrive in Rwanda.
The Rwandan Museums apparently fetch Rwf30million on average each month. Though the months of December and January are low visit months. As most of the people in travel business would argue, it can be noted that mostly travelers do not dwell much on what they have paid but the experience that they derive from visiting such attractions.
By Siima Simon Peter
Rwanda Safaris / Rwanda safari News
Prime Safaris and Tours Ltd