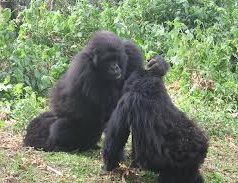 The population of the mountain gorillas has greatly increased in number and this has greatly helped in attracting more people to come for gorilla trekking safaris to Uganda, which in return has helped in increasing the revenues of the country hence developing the tourism sector.

Uganda Wildlife Authority which is the body responsible for the conservation and preservation of the mountain gorillas has worked so hard to protect these endangered species. Mountain gorillas live in only three places, and they are Bwindi impenetrable national park in Uganda, and others live in volcanoes national park and also in Virunga national park, all these have greatly attracted many gorilla tracking safaris.