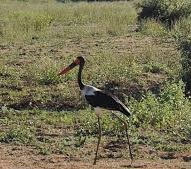 The Akagera River is the largest feeder of Lake Victoria and contributing almost 34% of the lake’s inflow. The Akagera river basin covers an approximated area of 60,500 Square Kilometers of the parts shared by four neighboring countries such as Rwanda with 21,630Square kilometers, Burundi with 13,790sqaure kilometers, and Tanzania with 20,680sqaure kilometers as well as the pearl of Africa Uganda covering 4,400 Square kilometers. Therefore taking safaris to Rwanda can enable one to explore and experience the waters and different activities carried out in Akagera River which is  in all the four countries that share this natural wonder of African continent. The shared Akagera River is composed of mainly four hydro geographical zones i.e. Swamps and lake terrain, Congo-Nile divide as well as Hills and mountain foot ridges and west Victoria lake region. The Akagera river basin is considered to be sub-basin of famously stunning Nile basin
The popularly known river Akagera is mainly dominated with the swamps and lake terrain type of hydro geographical zone and the River has three main tributaries which feed it with water inflow and some of these attributes including Nyabarongo River as well as Ruvubu rivers and Akanyaru rivers. This zone is blessed with different flora and fauna species which are of interest to visitors on their Rwanda safaris and tours. The varied wild life and flora is inhibited in the papyrus swamps, open lakes and rivers.
The remarkable Akagera swamps are dominated by Phoenix reclinata species and Cyprus & papyrus and these are acting as habitat or home for rare species of the endangered Shoe-bill as well as other unique water birds. The swamp also houses aquatic species like hippos, crocodiles, and non-aquatic wildlife such as the large herds of buffaloes, savannah species of Impalas, giraffes and Sitatunga. The endowed Akagera wetlands are also the best site where visitors on their wildlife safaris to Rwanda can enjoy the sites of the migratory water birds as well as the views of different wild life.
The wetlands in near Akagera in Rwanda are not only tourists’ attraction but they are of very much economic importance to various local communities surrounding the swamps. The swamps act as water points for various domestic uses by the local communities, locals also extract raw materials used for making handcraft from these swamps. Despite the importance of these ecosystems, they are threaten by human activities and therefore taking your safaris to Rwanda will help to conserve and protect the important ecosystems because part of your contribution is allocated to Eco-system conservation.
Rwanda Safaris/Rwanda Safari News
Prime Uganda Safaris and Tours Ltd