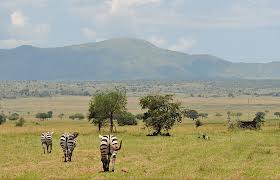 The park is dominated by savannah vegetation, by the 2750 meters of mount Morungole and crossed by Narus and Kidepo rivers. The park is also known of the hot spring called kanangarok which is the most permanent source of water in the park. During dry season animals are very easy to see since most of them gathers around the water source. And this makes it exciting for tourists thus increasing safaris in Uganda.

The park is known of its abundance of the big games, hosting about 77 mammal species including the commonest seen animals like lions, leopards, elephants, zebras among others as well as about 475 bird species hence favorable for birders too. The large number of these animals has attracted a lot of safari visits to the country.

The few who makes it through to Kidepo are in position to witness the splendid and Africa’s finest National Park which give them a reason to safari Uganda.

The park can easily be reached by road from Kampala- Karuma-Gulu-Kitgum to kidepo or through Kampala – Mbale – Sironko – Moroto – Kotido – Kaabong – Kidepo and by air from (Kampala) kajjansi to Lomej airstrip in Apoka.

Uganda safaris provide you with the opportunity to enjoy being part of the most beautiful park in Africa.