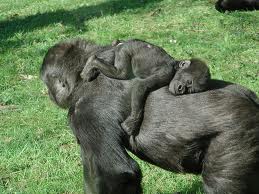 This baby gorilla naming ceremony in Rwanda has been nominated among the finals for the global tourism award. This award recognizes the best initiatives that promote the general growth of the tourism sector in the world. This ceremony is the annual public naming which was launched in 2005 by the Rwanda Development Board in order to encourage the conservation of all the endangered mountain gorillas; this has helped in increasing the gorilla trekking safaris to Rwanda.

Rwanda is a home to over 300 mountain gorillas and this ceremony is carried out in order to give names to the baby gorillas and these names are derived from ancient Rwanda traditions were every baby was given a name in the family. This ceremony has greatly attracted many people to come for gorilla tracking safaris to Rwanda and it has helped in increasing the revenues of the country.

This ceremony was recently nominated among the finalists of tourism global awards and Rwanda is delighted for being recognized among the top finalists in innovative projects by UNWTO and its considered to be a global recognition of Rwanda‘s leadership in sustainable tourism, innovation as well as conservation and preservation of the mountain gorillas.